By recognizing and analyzing the multiple architectural possibilities of bamboo—a construction material mostly native to warm and tropical areas—the following questions arise: How can we take advantage of its qualities and enhance its use in colder climates? Such regions necessarily require a certain level of thermal isolation in walls, floors, and roofs—but for these climates, we can combine bamboo with materials that complement it.

We talked with Penny Livingston-Stark, a designer and professor of permaculture who has worked for 25 years in the field of regenerative design based on non-toxic natural materials, to understand the opportunities offered by combining bamboo with earth.

Earthen construction and bamboo are extremely compatible. They offer different capacities. They compliment each other beautifully. They both require the same conditions, like breathability.

Livingston-Stark insists on the compatibility of these two materials. Their similarities and differences help them to integrate remarkably well, increasing their architectural possibilities based on completely regenerative solutions that satisfying human needs while regenerating ecosystems. "Earth and bamboo are not compatible with plastic vapor barriers or paint, for example. I consider them to be living materials that need to breathe," she adds. 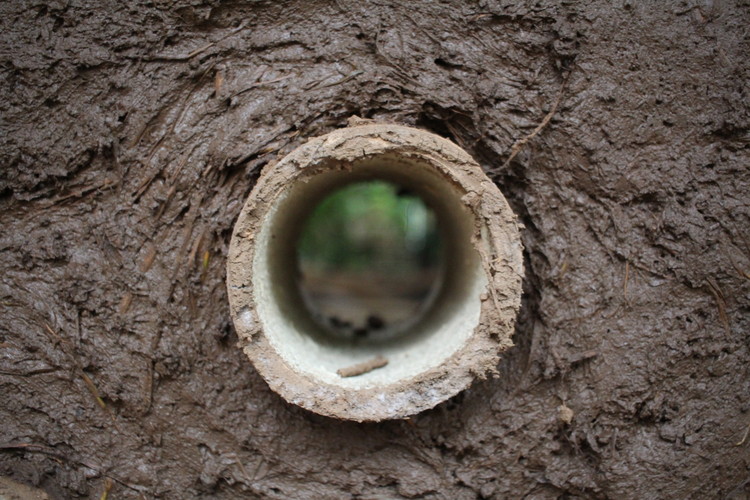 Both materials are readily available throughout the planet and are non-toxic, low impact to the environment and can actually help regenerate ecosystems through their harvesting. For example, we can create ponds, wetlands or water retention structures on the land by where and how we harvest the earthen material. Bamboo sequesters a significant amount of atmospheric CO2 from the air by absorbing it into the stalk, roots, and leaves. 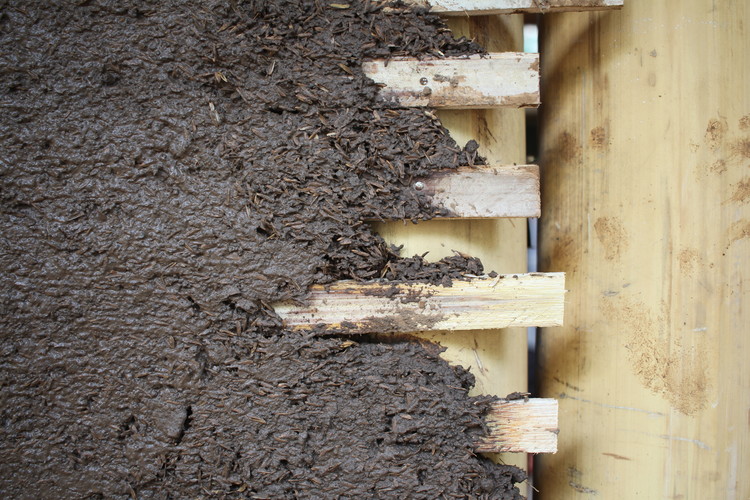 Bamboo offers structural tensile strength and can be used to support weight over long spans. Earthen walls offer either thermal mass to moderate extreme temperatures or insulation depending on the technique. Earth mixes well with all grasses. There is also virtually no waste in the construction process.

According to Livingston-Stark, bamboo gives certain added values to traditional construction with earth, such as tensile strength and the ability to hold weights over long spans such as roofs, wide doors, and windows. In addition, it expands the capabilities of existing earthen structural techniques, such as those using light straw clay, wood chip clay, or the "pajareke" technique.

The incorporation of bamboo into these traditional techniques was proven during the past BambooU course, held in November of 2017 in Bali, Indonesia. 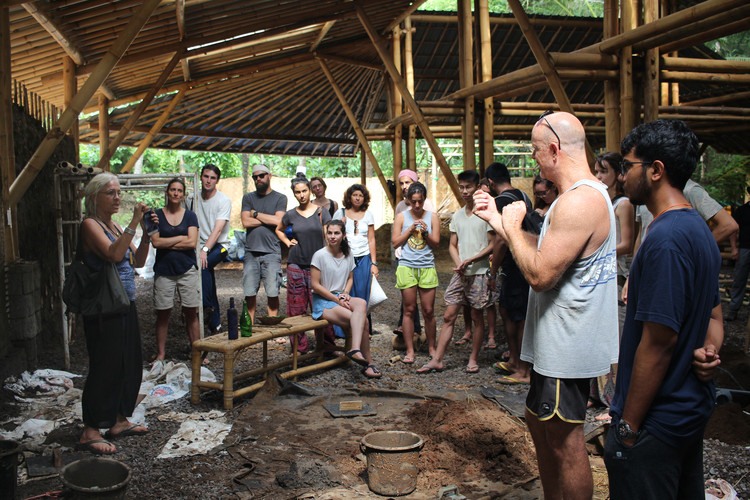 For the experiment with "pajareke," the students built a wall mixing clay dirt and water to make mud with a consistency similar to that of chocolate mousse. Then long straw fibers were covered with the mixture, and the wall built up between vertical bamboo poles that were rooted in the foundation of the building and tied in at the top. At the client's request, short, horizontal pieces of bamboo were also added to allow ventilation through the wall, installing bamboo cylinders in a pattern to look like bubbles rising. 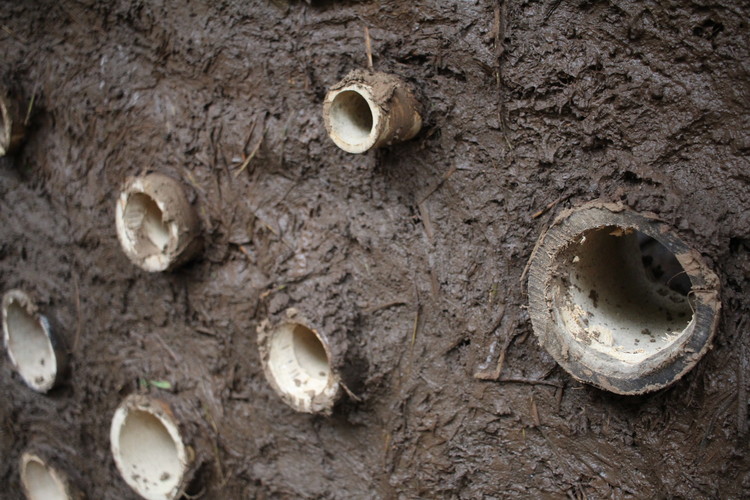 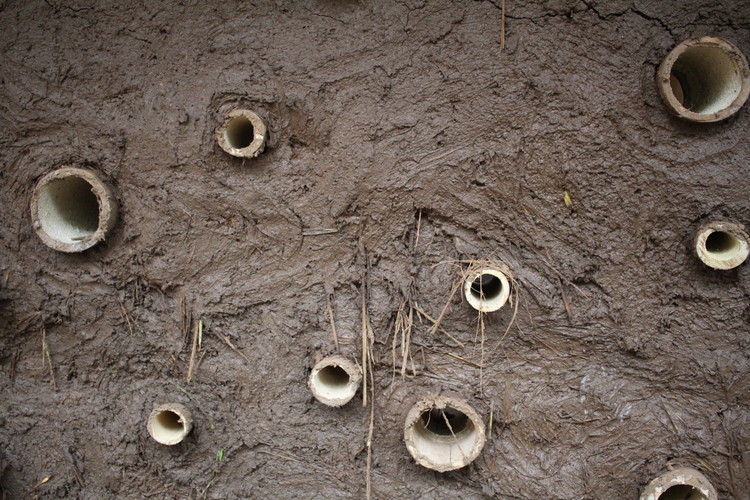 When testing the "Light Straw Clay" technique, a light mud and straw wall was built, mixing straw with a light clay slip (clay and water mixed to a thick paint consistency). The mixture was tamped between boards and bamboo poles, after which the boards were removed and a plaster of earth or lime was added, materials that are also very compatible with the two materials. 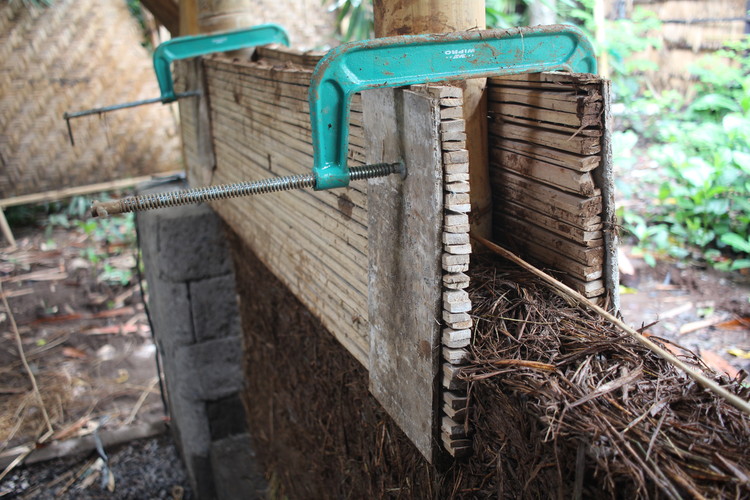 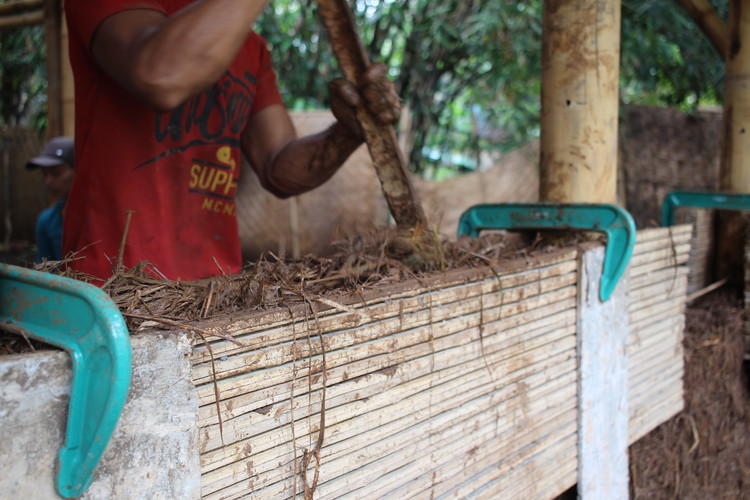 The "Wood Chip Clay" technique is similar to the previous one, but the mixture is made incorporating clay slip and bamboo chips. In this case, the boards containing the mixture are made of lath, and they remain in place to be plastered over. 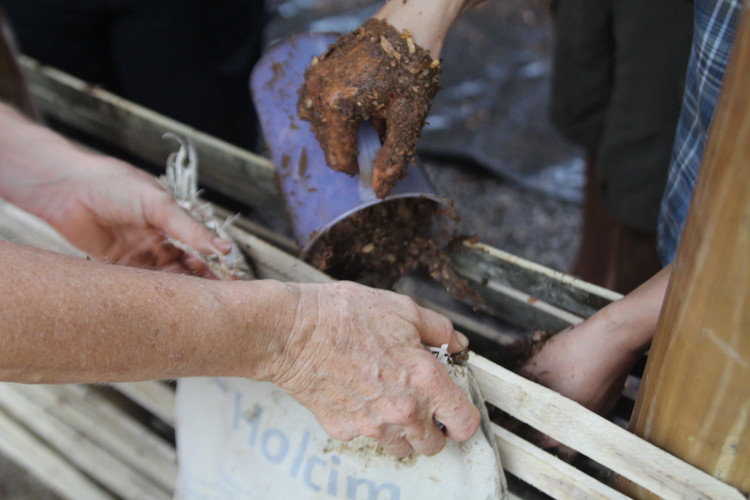 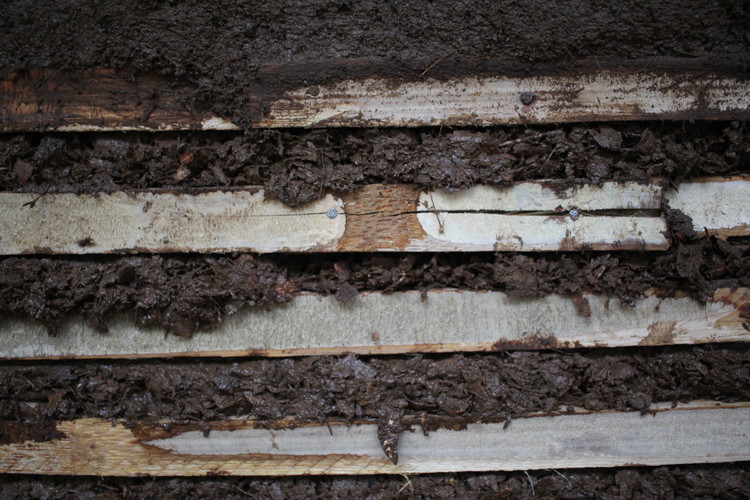 As basic suggestions when integrating these two materials, it’s important to know the soil texture (ie, sand silt, clay content) and to make samples in advance of various mixes. Also, It's important to think about the connections between the materials so they are tied in appropriately. Water and moisture protection combined with breathability should be considered.